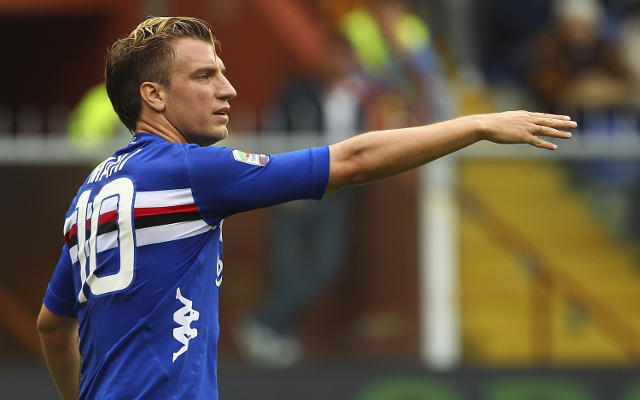 Norwich City are reportedly preparing a bid for Barcelona youngster Maxi Lopez according to talkSPORT.

The experienced Argentine striker spent last season on loan at Sampdoria and previously spent two seasons at Barcelona but arguably has never lived up to his very obvious potential.

The Catania man would be another quality Chris Hughton summer signing with the Canaries boss having already brought in Dutch striker Ricky van Wolfswinkel, Leroy Fer and Nathan Redmond during the transfer window.

Hughton may well feel the need to further strengthen an attack that managed just 41 goals in the Premier League last term and having allowed Grant Holt to join Wigan Athletic the Carrow Road boss has his sights set on Lopez.

The 29 year old has spent time out on loan at AC Milan and Sampdoria in the past two seasons, scoring five goals in 18 matches for Genoa based side and two in 11 for the San Siro giants.

Norwich City are ready to offer Lopez a three year deal and Catania value the forward at £3.5m.