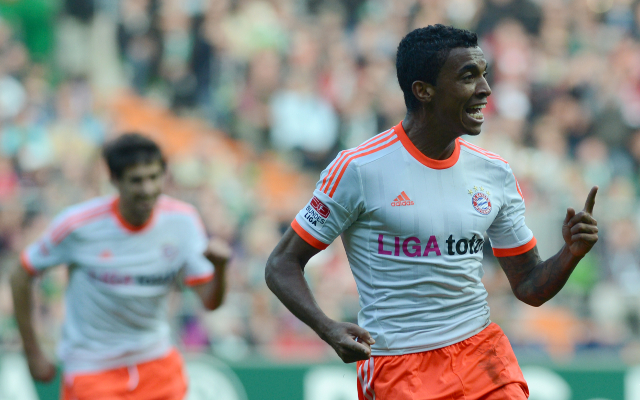 Emirates Stadium side have decent chance of snapping up Brazilian as Bundesliga side are willing to sell the adaptable battler.

Arsenal are reportedly lining up an £8m bid for Bayern Munich midfielder Luiz Gustavo according to the Metro.

Arsene Wenger has set his sights on the 25 year old Brazilian as he looks to strengthen his Gunners squad and the former Hoffenheim man may well be considering his future given the number of midfield options new Bayern Munich boss Pep Guardiola has to select from.

Gustavo was already playing second fiddle to Spaniard Javi Martinez and the arrival of Barcelona youngster Thiago Alcantara will further limit his involvement in the Allianz Arena side and a move to the Emirates Stadium may therefore tempt the battling utility man, who can also play in the centre of defence and even at full-back.

This source claims that Guardiola is ready to listen to offers for Gustavo which is perhaps an indication that the Bundesliga side do not see the player as a crucial part of their plans.

Wolfsburg and Corinthians are said to be keen on Gustavo, who has two years to run on his current contract.

Arsene Wenger could well do with an out and out defensive midfielder having not replaced Alex Song, who left for Barcelona last summer. Luis Gustavo could help add steel to the Gunners side, giving much needed protection for creative talents such as Santi Cazorla and Jack Wilshere.