Emirates Stadium side look to get summer spending underway. 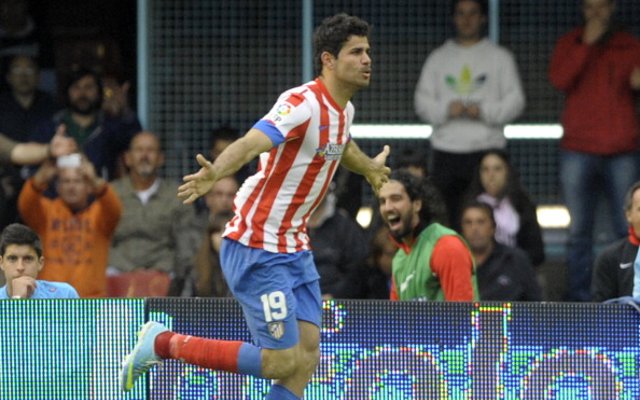 Arsenal are eyeing up a trio of Brazilian internationals as Arsene Wenger looks to get his summer spending underway in earnest having thus far only brought in one addition this summer in the form of French youngster Yaya Sanogo.

The Gunners boss has set his sights on Atletico Madrid forward Diego Costa according to Spanish source El Mundo Deportivo.

The €25m (£21m) rated forward has been something of a support striker at the Vicente Calderon and may have felt his chances of a more prominent role at Atletico Madrid had increased following Radamel Falcao’s departure to AS Monaco but Diego Simeone opted to bring in experienced Spaniard David Villa to beef up his attack.

Costa did manage to secure 36 starts in all competitions last season and racked up an impressive total of 20 goals in the process, being a pivotal member of the Copa del Rey winning side.

Arsene Wenger has been linked with interest in a myriad of star striker signings and could well feel the need to bring in alternatives to offer support for Olivier Giroud, Lukas Podolski and Theo Walcott in the Gunners attack.