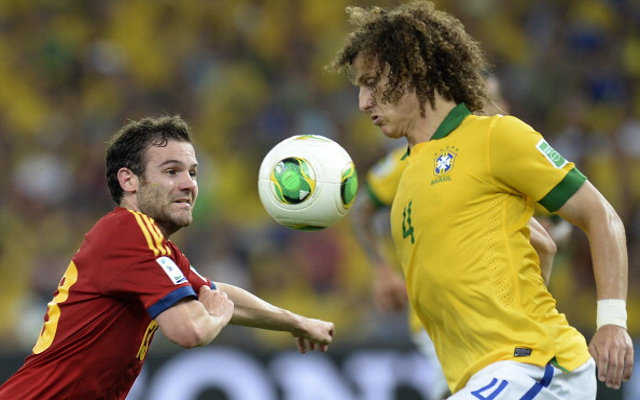 The Chelsea manager denies that either of the two players were offered to Manchester United in part exchange for Wayne Rooney.

Jose Mourinho has said that he won’t be selling David Luiz or Juan Mata amid reports that both players were offered to Manchester United as part of a deal to bring Wayne Rooney to the club, Goal.com reports.

Both players have been the subject of speculation since Mourinho arrived back at Stamford Bridge to start his second spell as Chelsea boss.

Reports have suggested that Mourinho would be quite happy to sell both players to raise transfers funds for his own signings but speaking to the media during Chelsea’s pre season tour of Asia, Mourinho claimed that their was ‘no chance’ of either player leaving.

“No chance. No chance,” he told reporters, before responding to whether the pair would still be at the club next season by insisting: “Yes. For me that’s enough.”

Mourinho has made it clear that Wayne Rooney is his number one transfer target this summer, with the striker set to leave Old Trafford after falling out with the clubs hierarchy.

The Portuguese coach gave a subtle reminder to Rooney during his press conference, saying that players who aren’t first choice at their club won’t be first choice when playing for their country at next summers World Cup.