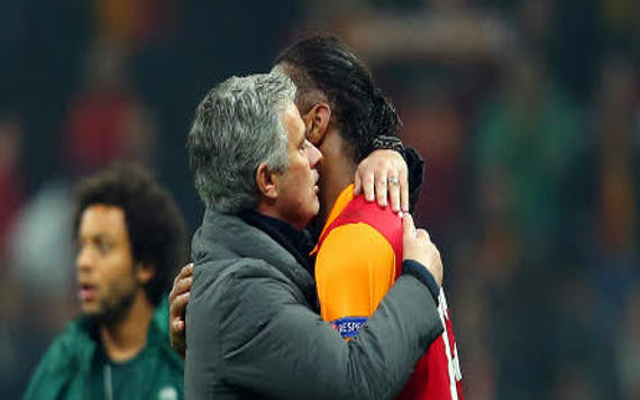 Mourinho is desperate to be re-united with Drogba.

Chelsea are set to offer Didier Drogba the chance to move into coaching by offering the striker a player-coaching role at the club if he agrees to move back to Stamford Bridge this summer, the Daily Mirror reports.

Blues boss Jose Mourinho is desperate to bring Drogba back to Stamford Bridge as he feels that the striker can be play at the top level for another three years despite his age.

Drogba is currently 35 but Mourinho thinks that the striker can still have major impact at Chelsea and he is hoping that the Ivorian will agree to a move back to England.

The striker had one year left on his contract at current club Galatasaray but Mourinho wants the striker back at Chelsea this summer or in 12 months if the Turkish club decide they want to keep the Ivorian for one more season.

Should Drogba return, Mourinho would let him start working on his coaching badges while he will also work with some of the clubs young players.

The striker visited Chelsea’s Cobham training ground earlier this summer while he was in England and although he has enjoyed his time in Turkey, the prospect of linking up with Mourinho once again maybe irresistible for the Ivorian.