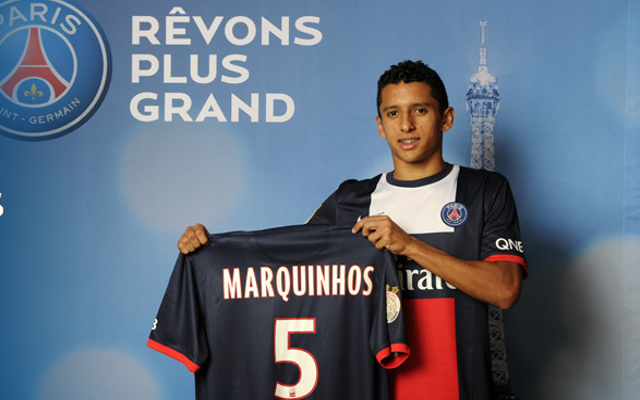 The Daily Mail claim that the big spending Ligue 1 side forked out £27m to sign the talented Roma teenager as Laurent Blanc looks to match the spending of newly promoted AS Monaco.

The 19 year old is yet to win a senior Brazilian national team cap but did impress during his one season at Roma, during which he made 26 Serie A appearances last term following his summer move to Europe from Corinthians.

Marquinhos has discussed his delight at joining PSG stating;

‘I am delighted to be joining Paris Saint-Germain, a club where so many Brazilians have played and helped write the club’s history,’

‘I will do everything I can to continue that tradition and write my own name into the club’s illustrious history books.’