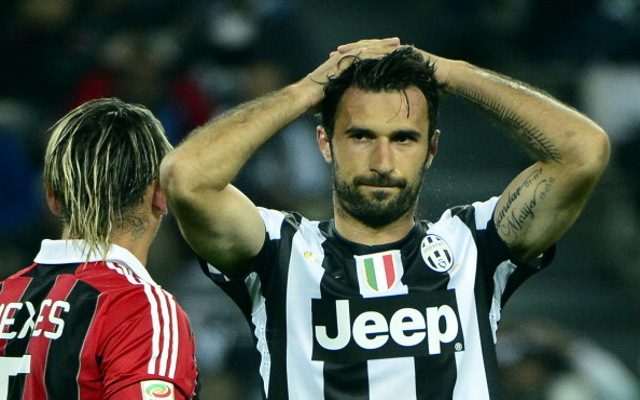 Man United are said to be monitoring Juventus forward Mirko Vucinic as the Montenegro international considers his future at the Serie A title holders.

“Difficult to see a Juve with Vucinic, Tevez and Llorente on the field at the same time”

Indeed this source believe a move for Vucinic could be with a view to replacing Wayne Rooney this summer and David Moyes may feel that the former Roma man would be an ideal option should the England international leave Old Trafford.

Vucinic has had two solid seasons at Juventus scoring 24 goals in 78 appearances which came after five seasons at the Stadio Olimpico during which the powerful forward netted 64 times for Roma.

AC Milan and Russian big spenders Zenit St Petersburg are also said to be keen on Vucinic but the forward may well be interested in a move to follow national team colleague Stevan Jovetic to Manchester.

Juventus will demand at least £13m for bustling forward.