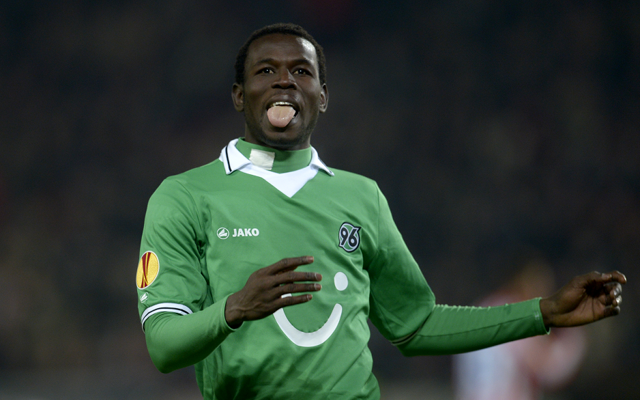 Potters are keen to add more firepower to their attack next season.

New Stoke City head coach Mark Hughes is on the verge of signing Hannover 96 front man Mame Biram Diouf for a fee of £8 million, according to reports in the Daily Mirror.

The Senegal international spent two-and-a-half seasons at Manchester United between 2009 and 2012, before then been sold to the Bundesliga outfit for an undisclosed fee in January 2012.

And ever since leaving Old Trafford, the 25-year-old has re-found his scoring touch after a lean period in front of goal in the north west, where Diouf netted just one goal in his nine appearances for the Red Devils.

However in Germany, the striker has managed to find the back of the net on an impressive 27 occasions in just 51 matches in all competitions for his new club, including an equally eye-catching 18 strikes in his 38 league outings for Hannover, form in front of goal that has seemingly convinced Hughes to bring the player to the Britannia stadium this summer.

The Welshman has even taken the time to fly to Germany for a face-to-face meeting with Diouf’s agent in order to seal the deal, with the Senegalese expected to put pen to paper on a four-year contract before the weekend commences.