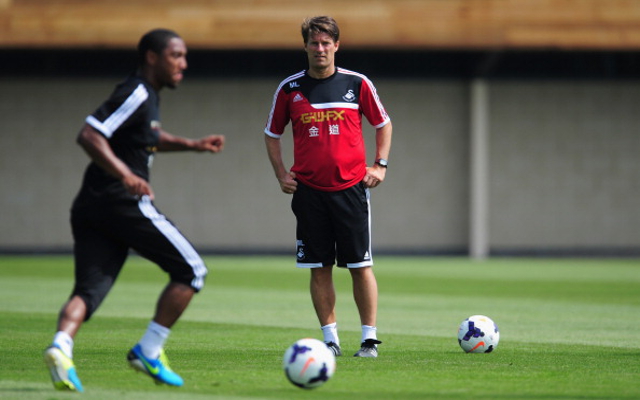 Barcelona announced last night that manager Tito Vilanova was stepping down as the clubs manager to focus on his battle with cancer.

Michael Laudrup has refused to comment on reports linking him with the vacant managers job at Barcelona, Goal.com reports.

The Dane has been named as one of the front-runners to replace Tito Vilanova, who stepped down as Barcelona coach last night to focus on his fight with cancer, an illness that forced him to miss a large part of the 2012/2013 campaign.

Laudrup played for the highly successful Barcelona side of the early 1990’s but claimed that he has no knowledge of an approach from the Spanish Champions and instead said that he hopes Vilanova makes a full recovery.

“I can’t comment on the speculation, it’s all just happened today and even for those in the club who maybe knew about the situation, I still think the announcement will have come as a shock,” he told reporters.

“I don’t know Vilanova personally but of course I have been following what has happened. It’s very sad. I don’t know much more than what has been announced tonight. I hope he will get fit again as this is only football and life is more important.”

Laudrup had an excellent debut season for Spurs, guiding the Swans to ninth in the Premier League and victory in the League Cup however their was speculation that the Dane may leave the club following a falling out with chairman Huw Jenkins.

Laudrup has since said that he is committed to Swansea but could perhaps be interested in moving back to former club Barcelona if they made an approac.