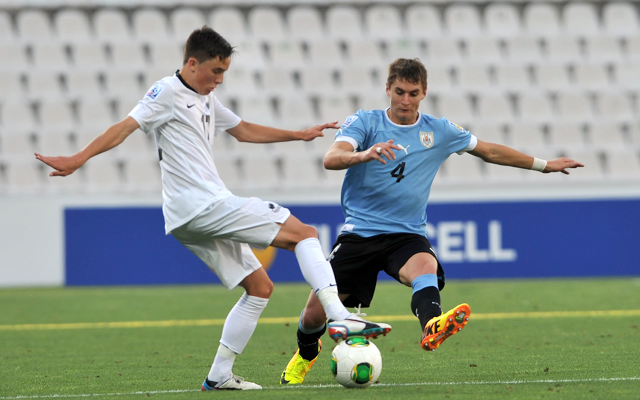 Jose Requejo, Boca’s club secretary has told Radio La Red that the side would be open to bringing the 20-year-old on board on a short term deal. They have made him one of their top targets this summer as they do not believe that he will feature prominently in David Moyes’ plans in his first year at the club.

The Uruguayan youth international currently remains the former Everton man’s only acquisition during the transfer window, but United have brought him in on a long term deal.

Valera put pen to paper on a five year deal at Old Trafford and admitted that he knew he’d need to be patient in order to get his chance with the first team, but with that in mind, he would reportedly be open to a short term return to South America in order to continue his development.

Boca are remaining hopeful regarding their chances of putting a deal in place, with Requejo claiming that positive discussions between the two clubs have taken place.

“Varela is a possibility and we like him,” Requejo said.

“The loan has been 80 per cent arranged.”