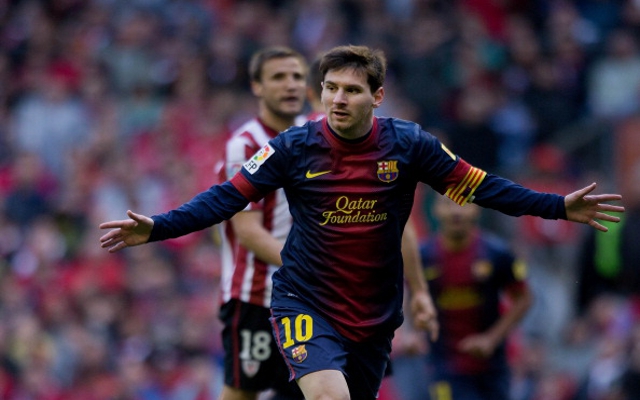 Messi could leave Barcelona at some point in the next few years if the club don’t win any trophies.

Manchester City could be ready to make a stunning £103 million bid for Barcelona attacker Lionel Messi, with several other European clubs considering a bid at some point in the future, Le10 sport reports.

Paris St Germain, AS Monaco and Anzhi Makhachkala could all join City in trying to sign the attacker, who is regarded as one of the best players of all time following his exploits at Barcelona.

Messi has been accused of tax evasion in Spain and could consider a move abroad if he continues to be charged by the Spanish authorities.

City would be one of the few clubs in the world that could afford to pay the enormous transfer fee for Messi and also the players wages.

However, big spending French clubs PSG and Monaco would also join City in any race to sign Messi.

The attacker may not come on the market this summer but should Barcelona not win any trophies for a few seasons, the Argentine attacker may choose to play for another club, if Barcelona are happy with him leaving.

PSG’s president Nassar Al-Khelaifi recently threatened Barcelona with a move for Messi, saying he would activate the players buy-out if Barca continue to track Thiago Silva.