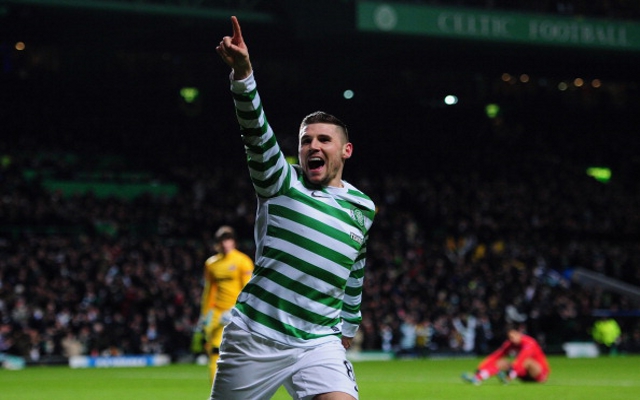 It had been reported earlier in the week that the London side had submitted an increased offer for the English-born striker, thought to be around £4.5million.

Celtic successfully fended off strong interest from Norwich City for the 25-year-old during the January transfer window while Premier League new boys Hull City have also made a failed bid for the forward this summer.

Harry Redknapp’s Championship side are now the latest to try and agree an acceptable deal to lure Hooper away from Parkhead with the Scottish side preparing to cash-in before his contract expires next summer.

Hooper has previous experience of playing in the Championship during the 2009-10 season with Scunthorpe United when he netted an impressive 19 league goals for the Iron as they survived in the second-tier under former manager Nigel Adkins. The North Lincolnshire side are set to receive a slice of any transfer fee thanks to a large sell-on clause included as part of the original £2.4m transfer.

The striker has yet to feature for the Hoops during pre-season and Lennon has admitted that he isn’t sure if Hooper will be with the club for the start of the season.

He told Sky Sports: “There has been a bid in, but negotiations are ongoing.

“We would still like to keep the player. He will be training tomorrow (Sunday) and will be part of the squad against Cliftonville.

“I don’t know if the deal will go through or not. If it doesn’t, then I’ll be delighted because we will still have a very good player in the squad.”