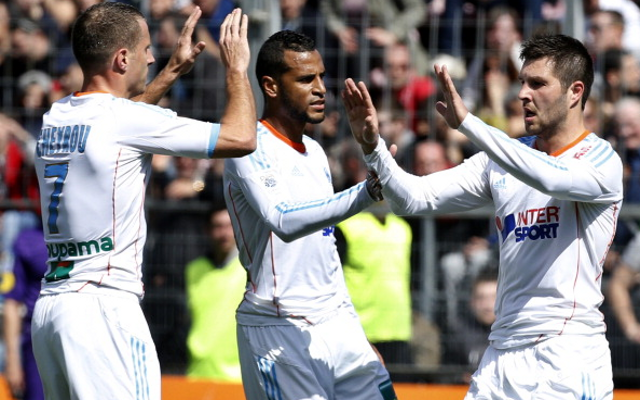 Newcastle United are to finally begin their summer spending by bringing in two new strikers in the shape of Bafetimbi Gomis and Andre-Pierre Gignac according to the Sunday Express.

The French duo both play in Ligue 1 at the moment, but Pardew hopes the glammer of playing in the Premier League convinces them to leave the French top flight.

It has been widely reported that Magpies boss Alan Pardew was very interested in signing Olympique Lyon’s striker Gomis due to the 27 year-old entering the last year of his contract at the Stade de Gerland. Although les Gones are unlikely to be willing to let their star go, it appears Mike Ashley [Newcastle’s owner] will only have to table a £5million bid to bring the forward to Tyneside, this summer.

Newcastle boss, Pardew, expressed his interest in Bafetimbi to the Times, telling their reporters : “We have expressed an interest in Gomis.”

“We think that he’s a player who has great potential. He’s a French international who’s played at the highest level for his club.”

Marseille are eager to offload 27 year-old Gignac this summer as they look to improve on their second placed finish last season. It appears an offer of just £10million has already been tabled by Mike Ashley, but it appears an offer of close to £13million is what the French giants would need to let their out of sorts striker go.

Even if both attempts fail, it appears Loic Remy and Darren Bent are still both being targetted by Joe Kinnear as he looks to impress after taking the Director of Football role at St James’ Park.