Arsenal have reportedly failed with a cheeky bid to sign Man United veteran Michael Carrick according to the Daily Star.

In a move that makes little or no sense this source claims that the North London club, and Turkish giants Galatasaray, have both made enquiries for the Old Trafford midfielder.

Arsene Wenger could well be looking to bring in a steadying midfield influence but clearly the Emirates Stadium boss is not well known for targeting players over the age of 30 and the 31 year old isn’t likely to be a player David Moyes would be looking to sell this summer. 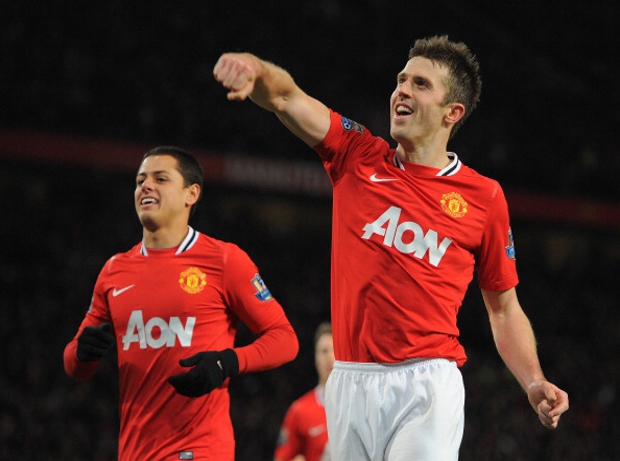 Carrick enjoyed one of his most consistent Man United campaigns in 2012/13 and was voted the club’s Player of the Year as a result though is still to open talks over a new contract with his current deal running out next summer.

Sir Alex Ferguson signed Carrick from West Ham in 2006 for a fee of £18.6m and the midfield maestro has since racked up 307 appearances for the Premier League side, going on to win five domestic titles and a host of other honours including a Champions League triumph in 2008.

Arsenal do possess a raft of creative midfield talent with the likes of Jack Wilshere, Mikel Arteta, Santi Cazorla among a plethora of options in this regard though Carrick would perhaps offer a more considered defensively minded option that would give the North London side more balance.