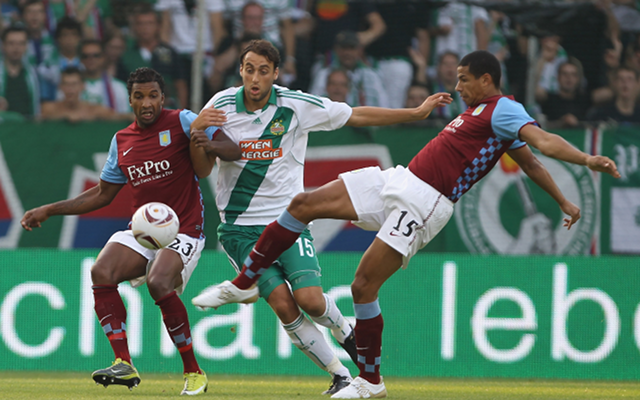 Premier League new boys have new addition in their sights.

Crystal Palace are leading the charge to land Austrian trialist Atdhe Nuhiu but still face competition from a number of other clubs before they can wrap a deal up, Sky Sports reports.

The 23-year-old featured during this weekend’s victory over Daggenham & Redbridge, in which he scored, and he is also set to feature in the upcoming clash against Gillingham this week.

The Albanian born Austrian youth international is highly regarded on the continent and is best known for bagging a goal in each leg of Rapid Vienna’s Europa League clash against Aston Villa in 2010, which helped to dump the Premier League side out of the early stages of the competition.

He is still contracted to the Viennese outfit but spent time out on loan at Eskisehirspor in Turkey last season and is now attracting interest from a number of unnamed English clubs.

The player’s agent, Willie McKay, told Sky Sports: “Atdhe did well against Dagenham even he is not fully match fit yet as he has not had a pre-season yet.

“Ian Holloway likes him and Crystal Palace are in the driving seat to sign him but a number of other Premier League clubs are also interested in him.

“Atdhe is keen to play in England and he would be perfectly suited to play there.

“If he gets the right service he will score goals.”