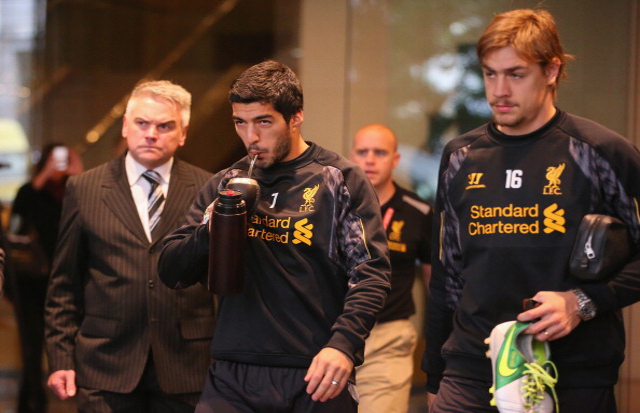 Liverpool manager Brendan Rodgers and wantaway striker Luis Suarez are set for showdown talks in Melbourne according to The Telegraph.

Rodgers and the Liverpool squad are expected to arrive in Australia shortly as they begin their tour of the country before moving on to the Far East.

Suarez has already arrived in the country as he was nearby due to be given time off following the Confederations’ Cup tournament in Brazil.

Suarez and Rodgers could be set for some heated discussions after a very public transfer saga over the last few months.

Suarez has made no secret of his desire to leave the club and appears to be keen to secure a move to either Real Madrid or Arsenal.

The Gunners are known to have had a £30 million bid rejected by Liverpool but could be prepared to meet a rumoured £40 million minimum fee release clause.

That would leave Liverpool powerless to hold on to the player, and incense Rodgers, who believe Suarez owes the club a debt of loyalty after they stuck by him through a number of disciplinary incidents over the last few months.

Should Suarez remain in the Premier League, he will miss the beginning of the season after receiving a suspension for biting Chelsea defender Branislav Ivanovic. Liverpool stuck by Suarez over the incident and feel they are owed something back for the their continued defence of the forward.