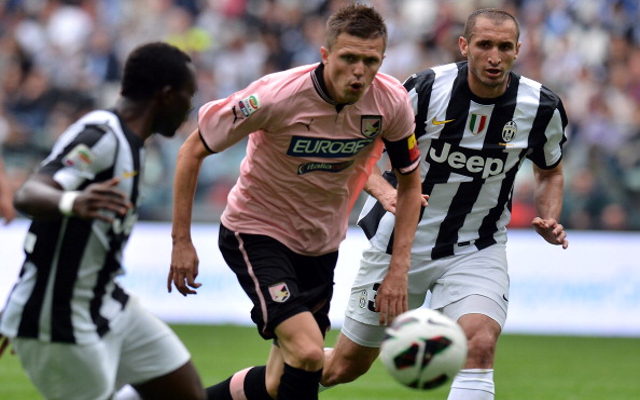 Liverpool have reportedly made an offer of €12m (£10m) for Palermo playmaker Josip Ilicic according to Italian source Gazzetta dello Sport.

Brendan Rodgers appears to be keen on bringing in a creative midfielder with an eye for goal having been strongly linked with interest in Ajax starlet Christian Eriksen as well as Borussia Dortmund new signing Henrikh Mkhitaryan and now the Anfield boss has turned his attention on Slovenian international Josip Ilicic.

The 24 year old attacking midfielder has impressed during his three seasons at Palermo but having seen his side relegated to Serie B the rangy flair player may not be considering his options.

Ilicic has racked up 20 goals and 16 assists in 97 Serie A appearances and Palermo could perhaps be financially inclined to consider offers for his services to balance the books following relegation and Liverpool may look to take advantage of this fact.

Liverpool do not have a wealth of creative midfielders though Steven Gerrard had an excellent campaign in 2012/13 but at 33 years of age is clearly in the latter stages of his glittering career.

Rodgers has already signed Kolo Toure, Iago Aspas, Luis Alberto and Simon Mignolet this summer but has offset much of the cost of these arrivals by selling Andy Carroll and Jonjo Shelvey.