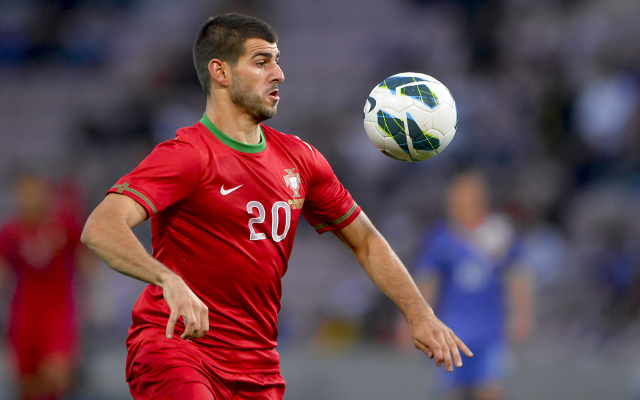 Stoke City are said to be close to agreeing a loan deal for Benfica forward Nelson Oliveira, according to the Telegraph.

The Potters are flying out to the United States this week to partake in their pre season preparations with games against Houston Dynamo, FC Dallas and Philadelphia Union.

However, he is thought to be close to sealing a season long loan deal for the 21-year-old Portuguese international at some point this week. If Hughes is successful then he will have made his third signing of the summer following on from PSV Eindhoven’s Erik Pieters and Barcelona defender Marc Muniesa.

Cardiff City had also been said to be interested in landing Oliveira’s signature and were thought to be close to agreeing a deal of their own before Stoke stole in at the last minute.

Stoke will have to pay a loan fee to bring him to the Britannia Stadium, but they will be hoping to have that wrapped up before they set off to the States.

Oliveira has made only a handful of appearances for the Lisbon club, but spent the past season on loan in Spain with Deportivo La Coruna where he bagged just four goals in 31 appearances.