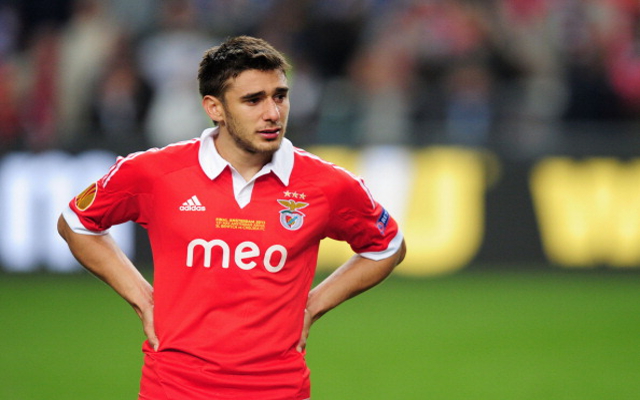 Tottenham boss Andre Villas-Boas is the latest Premier League manager to take an interest in Benfica winger Eduardo Salvio according to TuttoMercatoWeb.

Man City are also known to be keen on the Argentine wide-man who had an excellent season last term, scoring 11 goals in all competitions as his Lisbon based side narrowly missed out on securing a domestic double as well as losing the Europa League final to Chelsea in the dying minutes.

Benfica are asking for a somewhat inflated fee of €30m (£25.8m) for the former Atletico Madrid man who could perhaps be seen by Villas-Boas as a player who can replace, or at least compete with, England man Aaron Lennon on the right hand side of the North London club’s attack.

It’s an asking price that even big spending Man City may baulk at but perhaps Benfica are willing to negotiate.

Thus far this summer Villas-Boas’s only major summer additions have come in the form of Brazilian midfielder Paulinho and Belgian Nacer Chadli and the White Hart Lane boss may well be looking to bring in further additions as he looks to push for a top four finish in 2013/14.