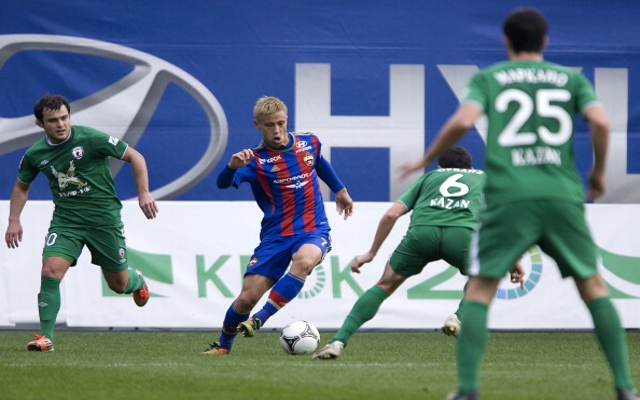 San Siro side close in on CSKA Moscow playmaker.

It was thought the transfer had stalled due to the demands of Russian side CSKA Moscow, as it seemed they were to force Keisuke to stay with the club until his contract expired. But the Russian club finally accepted the demands of their player, who entered talks with Milan.

The Japanese star plays as an attacking midfielder where he has managed 25 goals in 103 games [in all competitions] for his current employers – CSKA Moscow.

The Italian club’s vice president Adriano Galliani had previously told reporters, on Monday, that he thought Honda’s destination was likely to be the San Siro.

Galliani told Sky Italia : “Let’s see. I’m pleased he’s a Milan fan, he watched Milan when he was a kid. He will decide.”

“If he joins he will take the number 22 jersey [previously worn by Kaka]. I will know tomorrow [Tuesday] as there is a new meeting so we will see then.”

The club’s vice president also spoke about how Brazilian star Robinho’s new contract extension was like a new signing. Telling reporters : “he is a great champion, he has lowered his wages.”