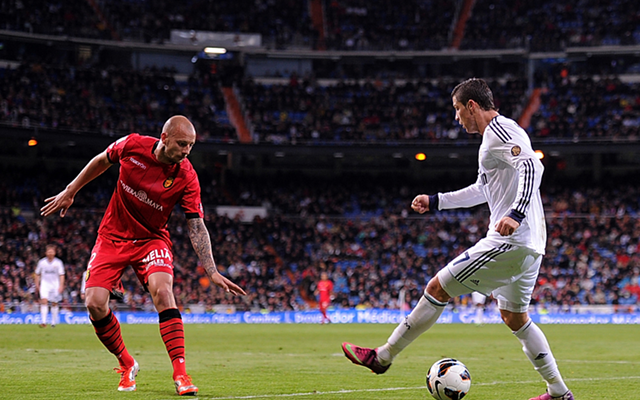 Scot has been told to find himself a new club.

Unwanted Aston Villa defender Alan Hutton could be set to re-join Real Mallorca again this summer, according to reports in the Daily Telegraph.

The Scotland international has already been told by Villa head coach Paul Lambert that he is surplus to requirements at Villa Park next season and that he can start to look for a new club.

The 28-year-old has been in the Midlands for the past two seasons now, having originally arrived at the club from Tottenham Hotspur in August 2011, signing a bumper four-year deal worth a reported £40,000 per week.

However, despite the attacking full back appearing in 34 matches overall in all competitions in his debut campaign at Villa under previous boss Alex McLeish, including making 31 appearances in the Premier League, Hutton has not featured at all since Lambert replaced his countryman in the Villa hot seat last summer.

In fact, the right back was twice sent out on loan by the Scot in the previous campaign as Lambert attempted to remove Hutton’s massive salary from the club’s wage bill, with the player first being shipped out to Championship outfit Nottingham Forest for seven matches, before he then spent the second half of last season with Liga strugglers Mallorca, for who he made 17 appearances.

And now Hutton looks set to return to the islanders, even though Mallorca will be playing in the Segunda Division in the new campaign after suffering relegation from the Primera Division last June.