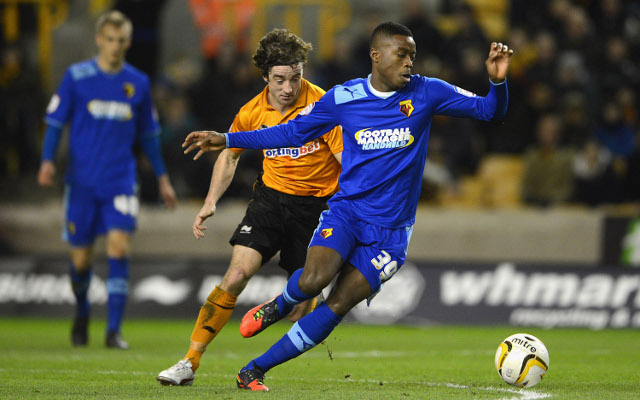 Young defender to be one of many sent out on loan this year.

Chelsea manager Jose Mourinho has confirmed that defensive starlet Nathaniel Chalobah will be just one of a number of the club’s young players to be sent out on loan this season, Sky Sports reports.

The 18-year-old has yet to feature for the Chelsea first team but featured heavily for Watford last term, playing 42 times en route to a disappointing playoff final defeat at the hands of Crystal Palace.

Last month he was a part of the England under-21 squad that partook in the European championships, and he is currently on tour with Chelsea as part of their pre season plans.

However, Mourinho wants Chalobah, who can play in either defence and midfield, to spend another season out on loan before competing for a first-team spot at Stamford Bridge.

“We are thinking of letting him go on loan for a last season,” said Mourinho. “That is our intention. He knows. We have discussed that with him.

“He is a very, very good player. I like him very much – very, very much. I am very impressed. For sure, a Chelsea player (in future), for sure. We think he is there.

“He could be in our squad already. But we think one more season and it will be his last one out on loan.

“We will see whether or not it is a Premier League club.”

Mourinho also confirmed that fellow young midfielders Lucas Piazon and Josh McEachran will go out on loan again with Chalobah this season after spending time at Malaga and Middlesbrough respectively during the previous campaign.

Wallace is another youngster who is likely to head for a loan spell as the Brazilian does not yet qualify for a work permit and he has been linked with moves to Italian trio Genoa, Inter Milan and Roma.