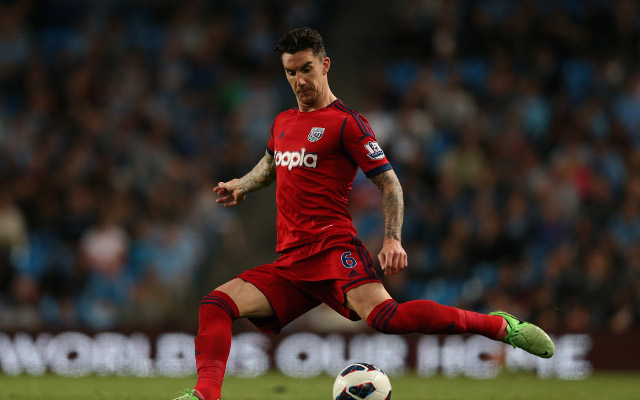 Cottagers are keen to add more defensive reinforcements to their squad this summer.

Fulham are interested in signing West Bromwich Albion defender Liam Ridgewell this summer, according to reports in the Daily Mirror.

The versatile Englishman has only been at the Hawthorns for the past one-and-a-half seasons now, having originally arrived in the Midlands from rivals Birmingham City on a two-and-a-half-year deal for an undisclosed fee in January 2012.

And in the intervening 18-month period, the 29-year-old has appeared in 36 matches in total in all competitions for the Baggies, scoring just the one goal for the club which came in one of his 34 appearances to date in the Premier League for Steve Clarke’s men.

And with the Cottager’s new American owner Shahid Khan understood to be willing to back head coach Martin Jol with funds in the summer transfer window with which to strengthen a squad that flirted with relegation in the previous campaign, it appears as though Ridgewell could soon be making the move south to Craven Cottage.