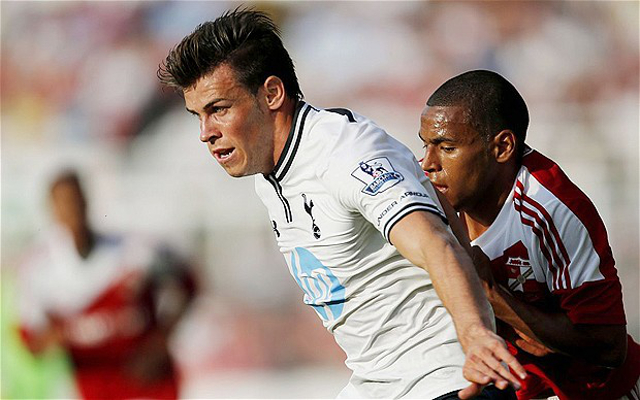 Tottenham winger Gareth Bale has reportedly agreed terms on a contract offered by Real Madrid according to talkSPORT.

The 24 year old attacker has long been on the Bernabeu radar but Tottenham have doggedly fought off interest in their prized asset but this source claims that a move may well be in the offing, with Welsh international Gareth Bale agreeing personal terms with the Spanish giants.

Real Madrid are said to have handed Bale a six year contract worth €10m (£8.6m) a year, that works out at around £165k a week, a massive increase on his current earning potential at White Hart Lane.

President Florentino Perez is seemingly keen on bringing in further summer additions having already signed a host of quality young talents with Isco, Casemiro, Daniel Carvajal and Asier Illarramendi joining the Spanish giants for a combined fee of around €71m (£61m).

Any successful move to bring in Gareth Bale to support the Real Madrid attack would surely have to cost as much, if not more, than the total cost of that quartet but it seems that Perez is happy to invest in his squad to this degree having seen Barcelona win the race to sign Brazlian international Neymar.

Gareth Bale had an outstanding season last term, scoring 26 goals in all competitions, but saw his efforts fail to secure a top four finish which in turn has led to the inevitable increase in speculation as to his future at his North London club.