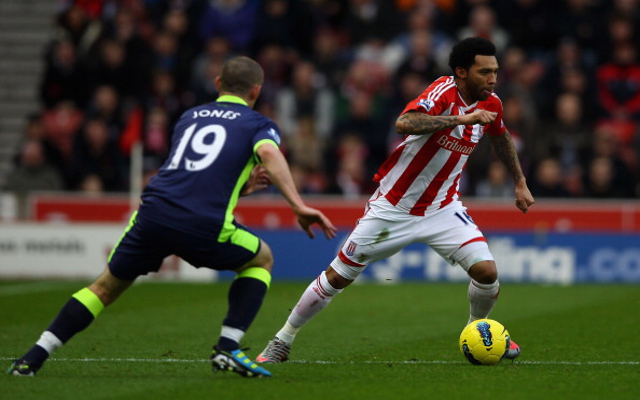 Midfielder banned from entering the country.

Jermaine Pennant has been refused entry to the United States of America and will miss out on Stoke’s pre-season tour of the country according to The Telegraph.

Pennant had hoped to join up with Mark Hughes and co as they caught their flight to the states on Monday afternoon.

But it appears that Pennant will be forced to remain in the UK after his visa application was turned down.

The Home Office are understood to have turned down Pennant’s application for a working visa due to a previous criminal conviction on his record.

Stoke were told that if Pennant was to be granted permission to travel to the United States, they would have to provide evidence that the winger is an entirely reformed character.

30 year old Pennant was banned from driving for three years last May after being caught driving whilst under the influence of alcohol.

Stoke would have had to provide in-depth documentation of Pennant’s rehabilitation, prompting the club to decide to allow Pennant to remain in the UK and train with the under-21s.

Stoke are set to kick off their pre-season tour with games against Houston Dynamo and FC Dallas but it looks like they will have to do so without the former Leeds, Birmingham and Arsenal midfielder.