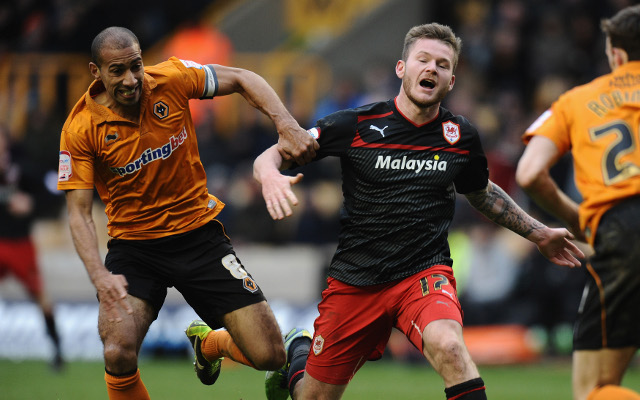 Move for ex-Premier League player should go through shortly.

Championship outfit Queens Park Rangers have agreed to sign Wolverhampton Wanderers midfield player Karl Henry on an initial two-year contract, with the option of a third year, according to reports in the Daily Mirror.

The Englishman has been with the Midlands side for the past seven seasons now, having originally arrived at Molineux from Stoke City on a three-year deal in August 2006.

And in the intervening seven-year period, the 30-year-old has gone on to become an integral part of the Wolves first team, captaining the side until he was then made to train with the reserves by new head coach Kenny Jackett following the club’s shock relegation to League One.

In total, the holding midfield player has featured in 249 matches for Wolves, scoring seven times in the process, six of which came in his 228 league outings for the club.

And now QPR boss Harry Redknapp is on the verge of bringing Henry to Loftus Road this summer as he looks to put together a squad that he feels is capable of returning the west London club to the Premier League at the very first time of asking next season, with the enforcer thought to have just the right qualities needed for such a task.