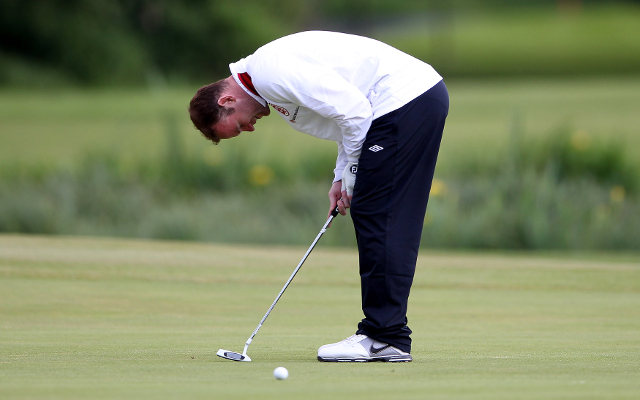 Wayne Rooney has been secretly snapped playing golf closed to Stamford Bridge according to The Daily Star, sparking further rumours that the wantaway striker could be close to sealing a move away from Manchester United.

The England forward has been under constant speculation in recent weeks as he looks to try and force a move away from the club.

Chelsea are thought to be his most favoured destination and this latest incident will merely have added fuel to the fire about a possible move to Chelsea.

Rooney has been sent home early from Manchester United’s tour of Asia and Australia after suffering an injury that is likely to keep him out for at least the next month.

That did not stop Rooney from testing out his swing down at Queenswood Golf Club in Surrey, where a number of Chelsea players are known to play.

The news is likely to infuriate United officials who are continuing to insist that Rooney is not for sale.

Chelsea are thought to be ready to test the Premier League Champions’ resolve with a £30 million bid but United have repeatedly insisted that Rooney will be staying.

That may change though should Rooney decide to hand in a transfer request, as the club would no longer owe Rooney accumulated loyalty payments built up over his nine years at the club.