Tottenham Hotspur are hoping to play hard ball with Real Madrid after reports that Gareth Bale had agreed personal terms with the Spanish giants ahead of a proposed move.

The 23-year-old has been linked with a switch to the Spanish capital all summer with a fee between £80-85 million being mooted.

However, Andre Villas-Boas knows that he is in a strong position to negotiate as Bale still has three years to run on his current deal at White Heart Lane, and furthermore, the Portuguese coach knows that his player is worth.

CaughtOffside Understands that Villas-Boas is said to be demanding not one, but two players thrown into the mix plus the hefty fee.

It’s well known that Spurs have been in the market for a striker, having missed out on the likes of David Villa, Gonzalo Higuain and Christian Benteke in recent weeks, and they have told Madrid that they want young striker Alvaro Morata on a season long loan, with a view to a possible permanent deal to sign the Spanish Under 21 international.

AVB also doesn’t want to let Bale go if he doesn’t have a suitable replacement at hand and will therefore make sure that Fábio Coentrão will also be added into the deal. 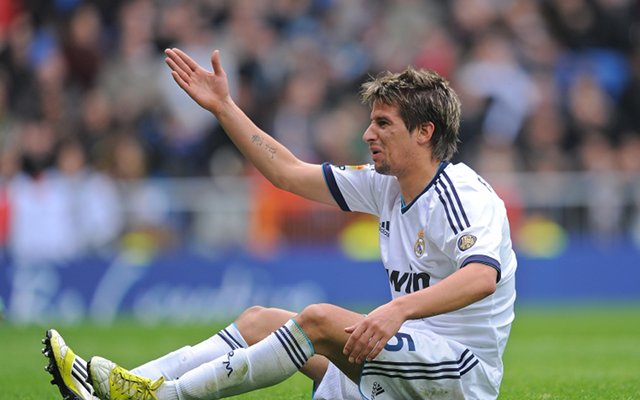 Spurs have been after the left sided Portuguese player for some time now and will use Villas-Boas will use this as the perfect excuse to finally be reunited with the player after the pair worked together during their time at Porto.

Morata, though, is the only striker on Madrid’s books that they would be willing to let go as they have just Karim Benzema, Cristiano Ronaldo and Gonzalo Higauin that can play in that position, with the latter widely expected to move on this summer too.

After setting the club’s B team alight over recent seasons he finally began to make a meaningful contribution to the first team last season as he bagged two goals in 15 appearances across all competitions. 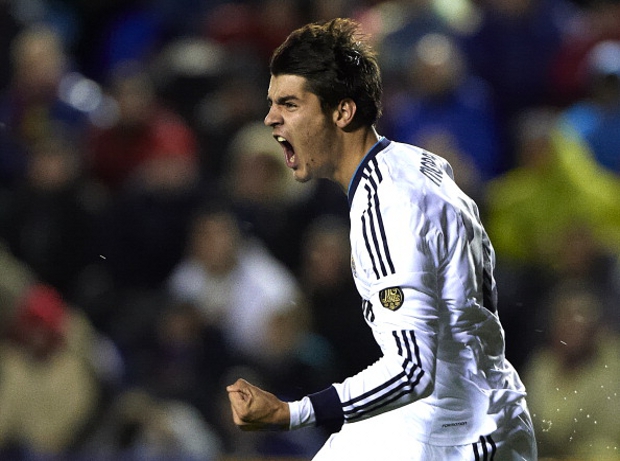 And whereas Morata’s career at Madrid has been fledgling, Coentrão’s threatened to go the other way last term as he found himself falling out of favour under then coach, Jose Mourinho.

French big spenders Monaco have had him in their sights for a number of weeks, but Villas-Boas is now hoping that his former links to the player will convince him to turn his back on the megabucks flashed at him by the principality side in favour of a move to north London.

Tottenham are thought to be ready to accept £50m plus the Bernabeu pair in exchange for Gareth Bale, a player who the North London club could look to cash-in on this summer if they receive an offer too good to turn down.