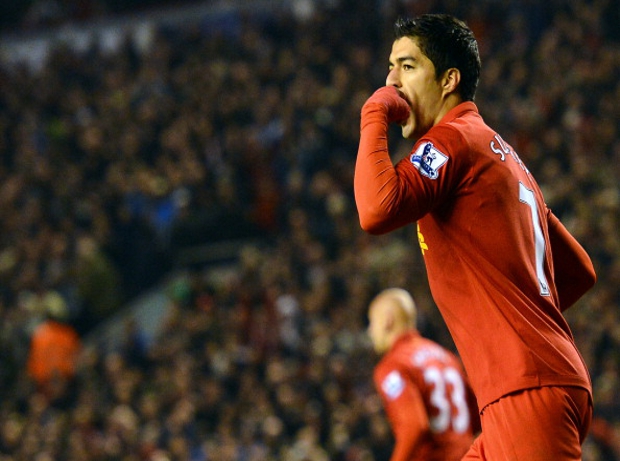 The Uruguay international will tell Liverpool that he wants to join Arsenal.

Luis Suarez will submit a formal transfer request in order to force through a move to Arsenal, Goal.com reports.

The Gunners had a bid of just over £40 million rejected by Liverpool on Monday but are still interested in signing the Uruguay international.

Since Arsenal’s bid, Suarez has told officials at Anfield that he wants to leave the club to join the Gunners but Liverpool have said that he is not for sale and he will have to lodge a formal transfer request to the club in order to have any chance of leaving.

This appears to be exactly what Suarez will do as he looks to leave Anfield after two and half years at the club.

Suarez has already said that he wants to leave Liverpool for a club that is playing in Champions League and Arsenal appear ready to offer him just that.

Arsene Wenger has made Suarez his top transfer target this summer and will be allowed to spend a good portion of his transfer budget on the striker.

The £40 million bid is easily a club record for Arsenal’s, with the Gunners desperate to sign a marquee player this summer in order to strengthen their chances of winning the Premier League next season.