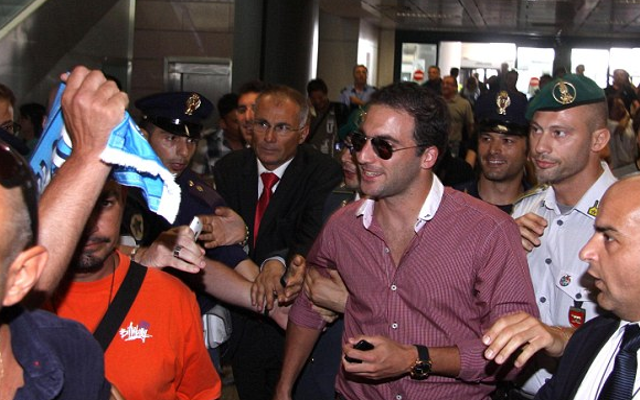 The pair passed a medical at the Italian club today and will be presented to the clubs fans on Monday.

Gonzalo Higuain and Pepe Reina have passed their medicals with Napoli, clearing the way for them to move to the Italian club, the Guardian reports.

Higuain announced his intention to leave Real Madrid after the clubs final league game of the season and was heavily linked with a move to Arsenal.

However, the Argentine’s move to the Gunners fell through after Real Madrid demanded the North London club pay more money for the striker, leaving Napoli to move in for the striker.

Napoli are set to pay £34.5 million for Higuain and manager Rafa Benitez will see the Argentine as a perfect replacement for Edinson Cavani, who joined Paris St Germain for £55 million earlier this month.

Reina will move to Napoli on loan, with the Italian club having the option of signing the goalkeeper on a permanent basis next summer.

The Spaniard will be re-united with Rafa Benitez, who bought Reina to Liverpool when he was manager of the Premier League club.

The goalkeeper’s future at Liverpool had been the subject of speculation ever since the Reds signed Simon Mignolet from Sunderland with Reina set to be understudy to the Belgian if he decided to stay at Anfield.