With Luis Suarez looking as though he will head through the exit door at Liverpool soon we have drawn up a list of players capable of replacing him. 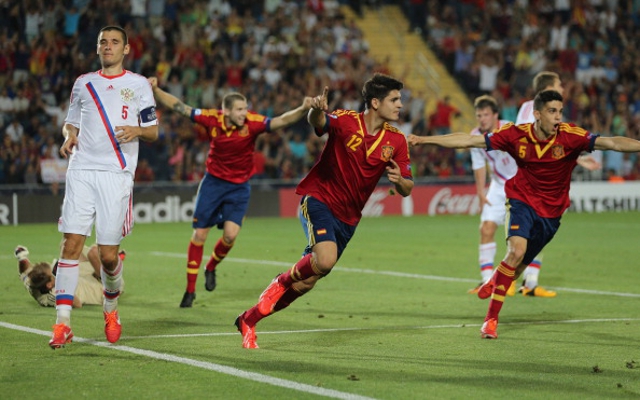 The Real Madrid striker may be slightly green around the gills, but he has all the promise in the world. At just 20-years-old he has already broken into the Spanish giants first team and last season managed to bag his first two goals for the club.

The Reds have already been linked with making a £6 million move for the youngster as he looks set for another bit part role in Spain this term. Behind the likes of Ronaldo and Benzema, with Real sure to pursue another front man to add to the mix, he would do well to seek a move away from the Bernabeu, if only on a short term deal.

Though inexperienced, he fits in well with the ethos of young signings that Rodgers has been making so far over the past year.

Liverpool already have Daniel Sturridge and Iago Aspas up front, but Morata would add something entirely different to their attacking options. At 6’2 he is a classic target man, providing an arial ability that Liverpool just do not posses right now, he is able to hold the ball up and bring others into the game – vital when you have speedsters like Sturridge and Iago flanking you.