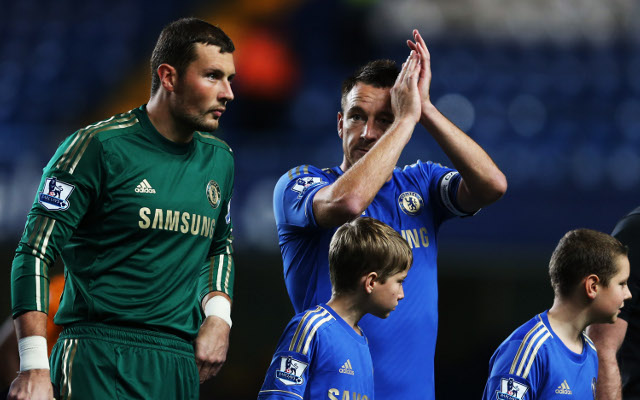 Boro want ex-No 1 to return to the club next season.

Middlesbrough are keen on bringing goalkeeper Ross Turnbull back to the Riverside stadium next season following his recent release by Chelsea, reports the Sun.

Turnbull was let go by the west London club at the end of last season and was initially training with Eredivisie outfit RKC Waalwijk in order to keep himself fit ahead of the new campaign, before then joining the Boro squad for pre-season training.

The 28-year-old had spent the previous four campaigns at Stamford Bridge, having originally been bought by the Blues from Boro in July 2009 on a free contract, with the shot stopper signing a four-year deal to act as first-choice Petr Cech’s back-up.

And that meant that Turnbull featured in just the 18 matches in total in all competitions for the Premier League giants in his four years at the club, including making only the seven appearances in the Premier League, although the Englishman did manage to win the Uefa Champions League and Europa League, as well as two FA Cup winners’ medals, during his four years in the capital.

However, it now appears as though the goalkeeper will be returning to his former club next season, with Boro boss Tony Mowbray keen to get Turnbull on board as soon as possible.