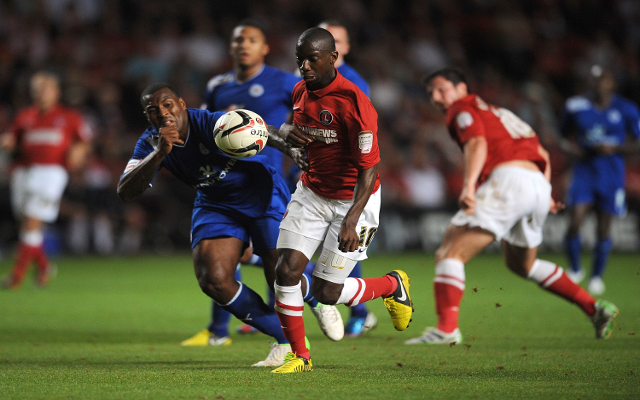 Former Manchester City star Bradley Wright-Phillips has signed for MLS side New York Red Bulls, after being released by Championship outlet Charlton Athletic according to the BBC.

The 28 year-old finished last season out on loan, as Addicks boss Chris Powell say Ricardo Fuller and Yann Kermogant as the best options at the club. In League One, he managed five goals in just 15 games for Brentford.

Brother of Shaun Wright-Phillips, Bradley, will join up with the American side if his visa application is successful, enabling a move overseas. It is thought that the former Manchester City, Southampton and Plymouth star impressed on his loan spell at the Bees which is why the Red Bulls were interested initially.

Red Bulls’ sporting director Andy Roxburg spoke to the reporter from the official club website, stating : “He’ll add another dimension to the roster with his pace and technical ability.”

Wright-Phillips signed for Charlton back in 2011, for an undisclosed fee, following a successful loan spell with the London club. Plymouth were a cash-strapped side at the time, which is why the deal was forced through when the striker was just 25.

At the time, he told Charlton’s club website : “I’m delighted to join Charlton.

“They’re a club which I’m sure is heading in the right direction and, as soon as I spoke to the manager, I knew I wanted to be a part of it.”

Obviously the Reds did go in the right direction, but they went to a level that Powell did not see Bradley being able to compete with.