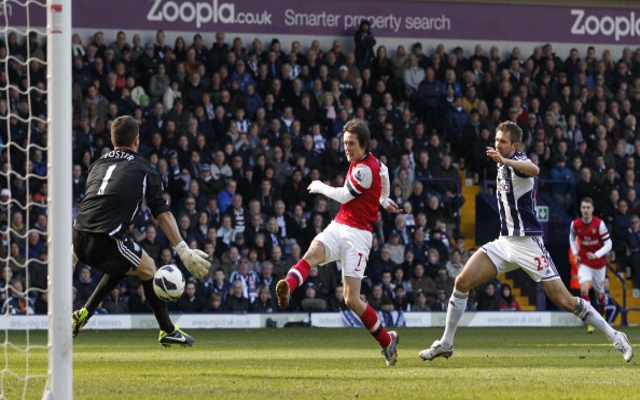 Arsenal midfielder Tomas Rosicky has pledged to play each game of football as though it was his last as he enters the final year of his deal at the Emirates Stadium, Sky Sports reports.

The 32-year-old would ideally like to earn a new deal in order to finish his career in north London, but for the time being is happy to just be able to contribute to the squad after several injury hit seasons.

He is also pleased to have been able to help the club secure Champions League football over the past few campaign’s and what he has seen of the new squad has given him cause to believe that the future is bright for Arsene Wenger’s men.

“I’m trying to play every game like it’s going to be my last. Everyone can see that and I’ll continue to play like that,” he said.

“This is my last season. It’s not in the back of my mind that I’m playing for a new deal. I’m just trying to give my best for my team and my team-mates.

“I’m enjoying playing football again and we will see how it goes. But I’m not in a rush. I’ve said many times already that I would love to finish my career at Arsenal.

“The big part is the experience I have. I’ve been through happy times, bad times and everything. I’m 32 years old so I have a lot of stuff behind me already. All these tough games are the most interesting ones. You want to play in them and I’m no different in that.

“If you look at the last two seasons and what I was able to produce I think I played a big part in us coming back for a top four finish. Obviously for me the challenge is to make the pre-season which will help me for the whole season and contribute straight from the first game.”

Arsenal haven’t won a trophy since 2005, but Rosicky is confident that he and his teammates will be able to end the drought and bring some silverware back to the club once they have secured the signatures of all their targets in the summer transfer window.

He added: “It’s vital to have a good mixture of youth and I don’t want to say the veterans but the experienced guys. I think they changed a lot since I came here.

“We have more experience than we used to and a big thing for me is that this is the first time since I’m here that almost no-one from the important guys has left.

“This is very important for the chemistry and the team state. Obviously if we can get one or two new players it would be great. It would be interesting for us to go into the new season.”