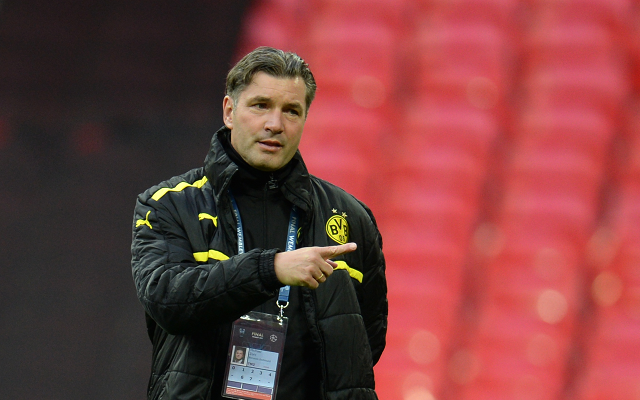 German giants deny deal is in place for young striker.

German giants Borussia Dortmund have denied that they are about to sign South Korean starlet Ryu Seung-Woo, according to Sky Sports.

The 19-year-old striker currently ply’s his trade in his home country with Chung-Ang University and has thought to be attracting attention of the former Bundesliga champions for most of the summer, though the club’s general manager Michael Zorc has insisted that no such deal is in place to bring him to the Westfalenstadion.

Speaking to Westdeutsche Allgemeine Zeitung newspaper, Zorc said: “This transfer is off. The basic parameters of a deal are too adverse.

“Ryu Seung-Woo will not be joining our club.”

Seung-Woo is thought to have impressed a number of top club’s across Europe after featuring during the FIFA Under-20 World Cup where he helped them reach the quarter finals where they eventually crashed out to Iraq. He bagged his first goal in the tournament during the 2-1 victory over Cuba, which he then followed up with another in the 2-2 draw with Portugal three days later.

However, Zorc is prepared to now look elsewhere in order to strengthen the side after admitting that a deal was no longer viable.