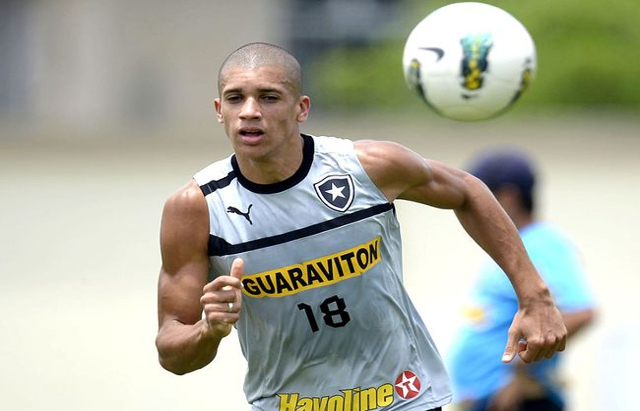 Chelsea are looking to continue their youthful transfer policy with a bid for highly rated Brazilian teenager Doria according to ITV.

The West London side have offered £8.1m for the Botafogo centre-back who won his first senior national team cap in April.

Tottenham are also said to be keen on the starlet though Jose Mourinho is now thought to be leading the chase to sign the youngster.

Mourinho has already brought in young talents Marco van Ginkel and Andre Schurrle, as well as not so young keeper Mark Schwarzer and could well be keen on further strengthening his squad this summer as he looks to mount a genuine challenge for major honours in his first season back at Stamford Bridge.

Doria could well be tempted by a move to join the Blues and no doubt the presence of national team colleagues Oscar, David Luiz and Ramires will act as an extra incentive to push for a move to the Premier League side this summer.