Emirates Stadium boss ready to open, and use, transfer war-chest.

Having thus far made little headway in their pursuit of summer additions Arsenal are readying moves to complete the signing of a trio of talents Arsene Wenger is keen to welcome into his Gunners squad.

CaughtOffside understands that the North London club are ready to make significant moves in the transfer market, two of which would break the club’s current transfer record, as Arsenal seek to strengthen their squad ahead of a push to mount a genuine Premier League title challenge.

Wenger has been handed a sizable summer transfer fund said to be in the region of £70m and this war-chest will be increased further by player sales and his push to adjust the club’s wage ceiling is aided by an attempt to greatly reduce the size of his playing staff. 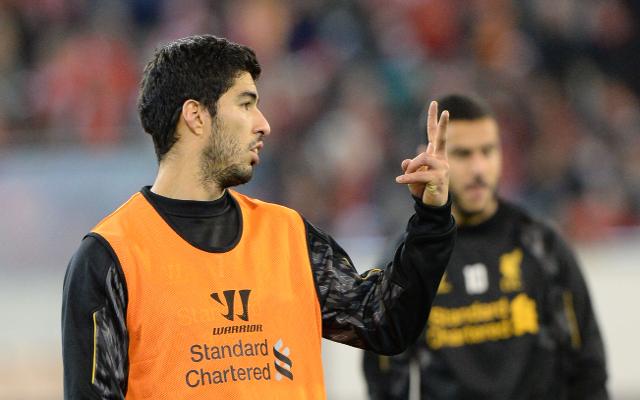 Having failed with two bids for Liverpool striker Luis Suarez the Emirates Stadium side will make a £50m bid for the 26 year old which is likely to be accepted by the Merseyside club who are ready to relent in their push to retain the Uruguayan.

The former Ajax man has stated his desire to leave Liverpool and comments made by Brendan Rodgers questioning his loyalty to the club have left Suarez’s future at Anfield hanging in the balance.

Liverpool ordered Suarez to join the club’s pre-season tour but did so in the hope of displaying their willingness to fight off any unacceptable offers for the forward, it’s a tactic that has worked.

Arsenal have moved from their original £30m bid to a second of £40m plus £1, which meant that Liverpool were duty bound to allow Suarez to enter discussions with the club and personal terms are tentatively agreed, said to be in the region of £150k a week with a five year on the table.

Luis Suarez has insisted that a deal be struck as soon as possible and Arsenal hope to secure a deal to sign the Liverpool man in a matter of days.

Arsene Wenger hopes to bring in Suarez to spearhead the Arsenal attack having failed in their apparent pursuit of Argentine Gonzalo Higuain. The French boss will look to the Liverpool striker to form part of a three pronged attack with Lukas Podolski and Theo Walcott in wide roles.

Suarez netted 30 goals in all competitions last term and has scored 51 goals in 96 appearances for Liverpool since moving to the club in a £22m deal back in January 2011.