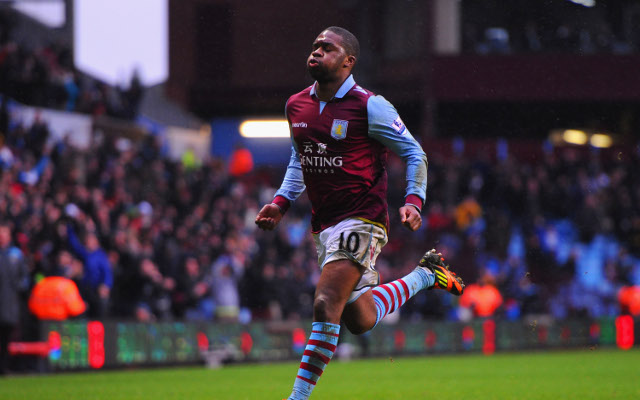 Mercurial wide man looks like having played his final game for Villa.

Premier League new boys Hull City and Crystal Palace are leading the way in the chase to sign unwanted Aston Villa midfield player Charles N’Zogbia this summer, according to reports in the Metro.

The occasional France international has already been told by Villa head coach Paul Lambert that he is surplus to requirements at Villa Park and can now start to look for a new club for next season.

The 27-year-old has only been in the Midlands for the past two campaigns, having originally arrived at the club from Wigan Athletic in July 2011 on a five-year deal that cost Villa a whopping £9.5 million.

However, it is fair to say that the move has not worked out for either party, with the wide man having so far featured in just 58 matches in the past two years at Villa,scoring only six goals in the process, including five strikes in his 51 Premier League outings for the strugglers.

And, despite being contracted to the Midlands outfit until 2016, Lambert is said to be desperate to offload the winger before the summer transfer window slams shut once and for all for the year on Aug 31 so as to remove N’Zogbia’s big-money salary from the club’s wage bill.