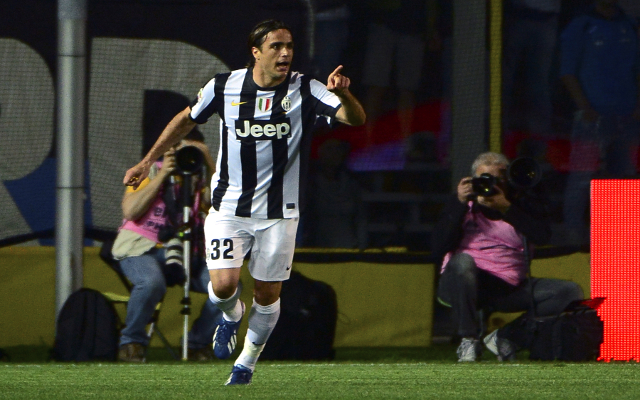 Anfield side said to be keen on Serie A forward.

Liverpool and Everton are both said to be interested in Juventus striker Alessandro Matri who could well be surplus to requirements at the Serie A side.

The Daily Star believe Juventus are ready to accept offers of around £12m for the Italian international having brought in Carlos Tevez and Fernando Llorente from Man City and Athletic Bilbao respectively.

The 28 year old made just 10 Serie A starts last term and as such would expect an even more limited role in 2013/14 given the recent additions. Matri still managed to net eight goals last term and finished the previous season as the club’s top scorer.

With a World Cup on the horizon Matri may feel that regular first team football is key to his chances of being part of Cesare Prandelli’s national team set-up having won five caps.

Brendan Rodgers could see Matri as a potential replacement for Luis Suarez whilst Roberto Martinez is keen to bring in a strong striking option to beef up his Toffees attack having already signed Arouna Kone from former club Wigan Athletic.

Matri has scored a total of 29 goals in 79 appearances for Juventus, of which 24 were from the bench.