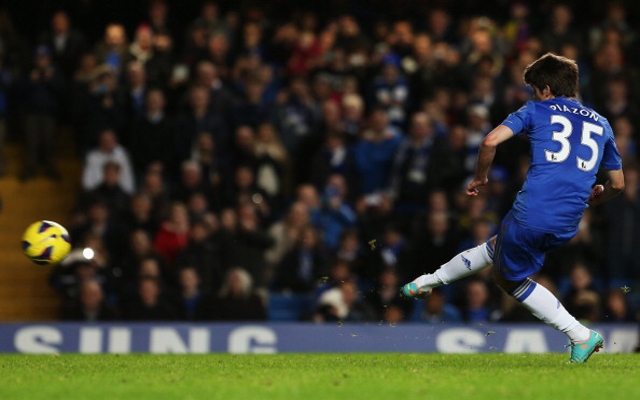 Anfield side and Crystal Palace keen on Stamford Bridge teenager.

Newly appointed Chelsea boss Jose Mourinho has spoken with young Brazilian star Lucas Piazon, telling the forward he needs to spend another year out on loan to develop further before he can seek first team football at Stamford Bridge according to the Daily Express.

Lucas spent the last six months on loan at Malaga, where he managed to impress a whole host of clubs – who are now eyeing a loan move for the 19 year-old for the coming season.

“To be fair, I think I am too young to be playing at Chelsea. So I’m fine,” Piazon told reports during the “Here to play, here to stay” tour. “It’s hard to break into this Chelsea team. It’s good for me to be going out on loan.”

“Last season I stayed half the season at Chelsea and half at Malaga. It was good for me to play in La Liga an the Champions League. In this next season I will try to stay in the Premier League – it’s important for me to stay in England and get used to the league where Chelsea play.”

“English football is different to Spanish, and I need to get used to the physical side.”

It is believed that Brendan Rodgers and Ian Holloway are two strong admirers of the Blues star but feel they do not have the funds available to take the rising star permanently.

Liverpool are desperate to find a replacement for want away striker Luis Suarez, and Piazon is thought to be the perfect fit to allow Borini, Sturridge and Aspas to all play a central role.