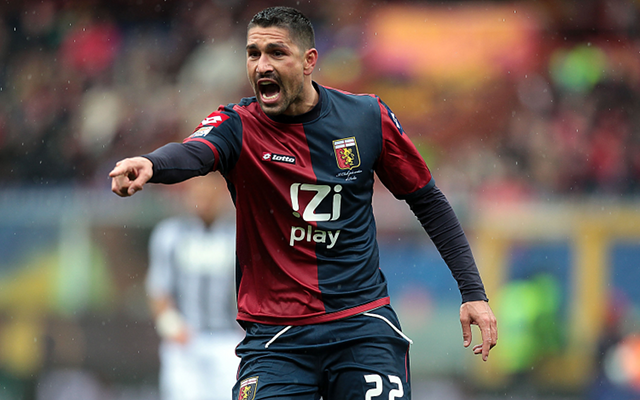 AVB set to miss out on another forward target.

Tottenham Hotspur are set to miss out on yet another forward target as the Marco Borriello is set to sign a new loan agreement with Italian giants Inter Milan, according to talkSPORT.

The Roma striker has been told that he is surplus to requirements in the capital after spending last season on loan with Genoa where he bagged 12 goals in 28 league appearances.

And before he joined the Genoese side on loan last summer he had been the subject of interest from White Heart Lane as Andre Villas-Boas had planned a loan move of his own.

The Portuguese coach is looking to sign a proven goal scorer after Emmanuel Adebayor’s poor form and Jermain Defoe’s injury problems held the club back last term, and has pursued David Villa and Gonzalo Higuain – among others – already this summer.

However, he has missed out on those targets and now looks set to miss out on another as the 31-year-old edges near yet another loan move to Inter Milan this time around.

Borriello has just seven international caps to his name but has taken in an impressive tour of club’s during his 12-year career (10 in total).