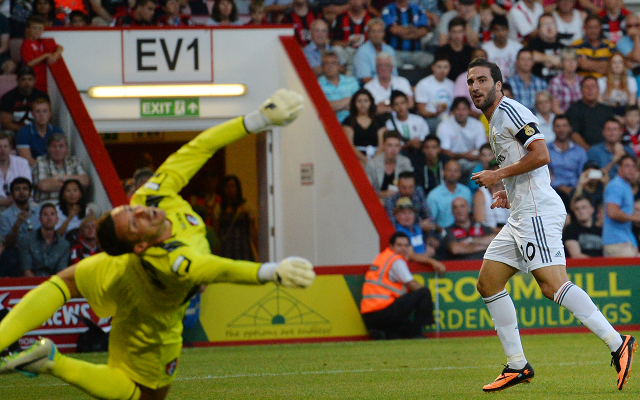 Incoming striker will be a massive part of the puzzle.

New Napoli coach Rafa Benitez believes that incoming striker Gonzalo Higuain will be a major force within the club once he seals his arrival from Real Madrid, Sky Sports reports.

The 25-year-old is on the verge of signing a lucrative five-year deal with the San Paolo outfit for a fee reported to be in the region of €40 million (£34.5million), whilst goalkeeper Pepe Reina looks set to follow him to the club on a season long loan.

The pair passed their medicals at the Villa Stuart sport clinic in Rome earlier this week and according to outspoken owner Aurelio de Laurentiis they will be presented to the fans at a special supporters party before their friendly against Turkish side Galatasaray next Monday.

Benitez is already familiar with what Reina can do, having coached him for several years during their time together at Liverpool whilst he is looking forward to getting more acquainted with the Argentine forward who bagged 107 league goals over six seasons in the Spanish capital.

“We have signed a player who comes from Real Madrid and we have signed a striker who has scored a hatful of goals and who will adapt very well to our system – an attacking system. We needed a player like this.

“We are all working together to ensure the players we want arrive. We have to sign players who will do well for Napoli for the next three or four years.”

Benitez, who took the post over from Walter Mazzarri at the end of June, has already signed winger Dries Mertens from PSV Eindhoven and both forward Jose Callejon and defender Raul Albiol from Real Madrid as he plans an ambitious assault on the Champions League this season.