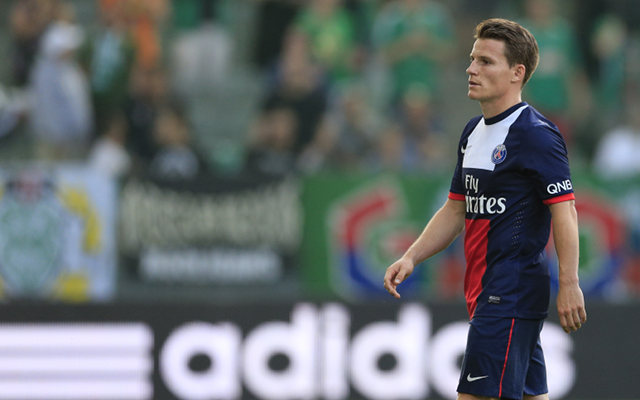 Del Nido not happy with Parisians.

Sevilla president Jose Maria Del Nido has hit out at Paris Saint Germain over their handling of the transfer of Kevin Gameiro to the club this week, Sky Sports reports.

The 26-year-old was presented to the club’s fans on Thursday night after completing a €7.5 million switch, but Del Nido insisted that he was left far from happy at the conduct shown by the striker’s former club.

“We were treated badly and that’s putting it mildly,” he told the club’s official website.

“The fee was 7.5million euros plus add-ons, payable in several instalments. They demanded payment up front at the last moment.

“That was just one of many ‘adventures’ in this affair. One problem followed another. Fortunately, the player really pushed to arrange things.

“It’s the worst transfer (negotiation) I’ve had to work on in my career.”

However, the big spending French champions have disputed the Spaniard’s claims and took to their own website to defend their actions.

“Paris Saint-Germain respect the rules of courtesy and professionalism in all negotiations,” it read.

“When it comes to player transfers, it is legitimate and normal to demand bank guarantees from the buying club.

“If they encounter difficulties in obtaining a part of the sum due, we propose as an alternative payment upon signing. It was this solution which was taken by the president of Sevilla FC, Mr Del Nido, in the transfer of Kevin Gameiro.

“Paris Saint-Germain have done everything to facilitate the move and allow Sevilla to add Kevin Gameiro to their UEFA (squad) list.”