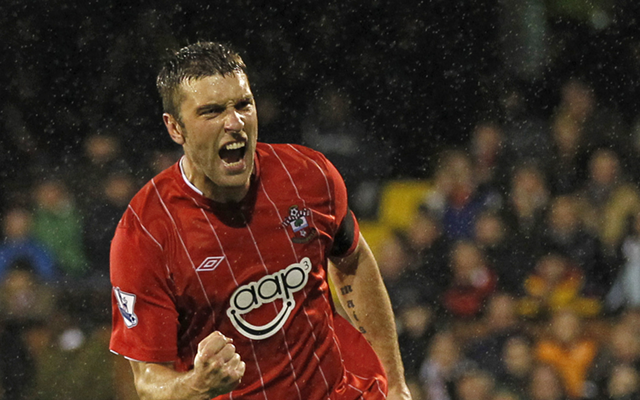 Hammers want to bring in more attacking support for their new club-record signing.

West Ham United are interested in bringing highly rated Southampton front man Rickie Lambert to Upton Park for next season, according to exclusive reports in the Daily Star.

The experienced English striker really made a name for himself in the previous campaign, his first ever in the Premier League, when finding the back of the net on 15 occasions in his 38 top-flight matches for the South Coast club, a goalscoring return that made Lambert the highest scoring Englishman in the division.

So much so that Hammers head coach Sam Allardyce even tried to lure the 31-year-old to the east end of London during the January transfer window, only for his approach to be rebuffed at the time by the Saints.

However, Allardyce is desperate to find a strike partner for new club-record £16 million signing Andy Carroll in the capital next season, with Lambert the player that he wants to land before the summer transfer window closes for the year at the end of next month.

Lambert, though, is contracted to Southampton until June 30 2016 and so his employers have no real need to sell a player they bought from Bristol Rovers for just £1m in August 2009, and who in the mean time has managed to score an impressive 103 goals in just 196 matches for the club.