Reds will replace departing Suarez with their former star player.

Liverpool are considering making a shock move to re-sign Chelsea front man Fernando Torres this summer as a replacement for the Arsenal-bound forward Luis Suarez.

The Reds have finally accepted that their controversial Uruguay international has played his final game for the club, with American owners the Fenway Sports Group’s (FSG) main aim now said to be extracting as high a transfer fee as is possible for the 26-year-old, with the Merseysiders understood to be seeking a sum of £50 million for their star man.

At the moment, only Premier League rivals Arsenal have expressed any interest in signing Suarez, with the north London club having lodged two bids with Liverpool for their player, the second of which for £40m plus £1 was enough to activate the release clause in the Uruguay attacker’s contract at Anfield.

However, it is believed that FSG are willing to wait for as long as possible before the summer transfer window finally slams shut once and for all for the year on Sept 2 before selling Suarez in the hope that other interested parties, such as Spanish giants Real Madrid, may enter the bidding process and push the striker’s market value up. 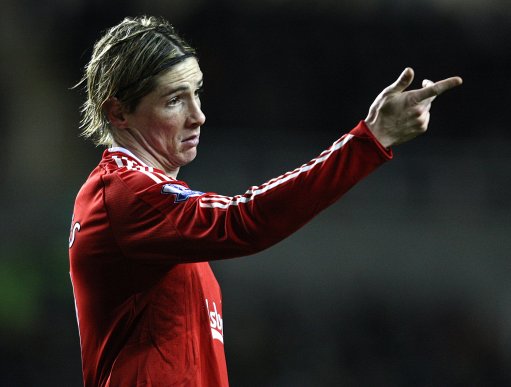 Either way, though, the Reds will look to replace Suarez with their one-time forward, who has already been told by returning Blues boss Jose Mourinho that he will start the new season as back-up to both Wayne Rooney and giant Belgium striker Romelu Lukaku.

Torres, who has been made aware of Liverpool’s interest in him, had vowed earlier this summer to stay at Stamford Bridge next season and prove to Mourinho that he still had what it takes to be part of his first-team plans at the club going forward.

But the misfiring 29-year-old, who has netted just 34 goals in 131 matches for Chelsea since joining the club from Liverpool for a British-record £50m in January 2011, has now told close friends that he sees no future for himself in the capital under Mourinho.

And with next season ending with a World Cup, where Spain will be defending their crown, the Roja marksman is said to be happy to bite the bullet and make an emotional return to Anfield in order to gain first-team football and prove to national team manager Vicente del Bosque that he should be part of his plans for Brazil 2014.