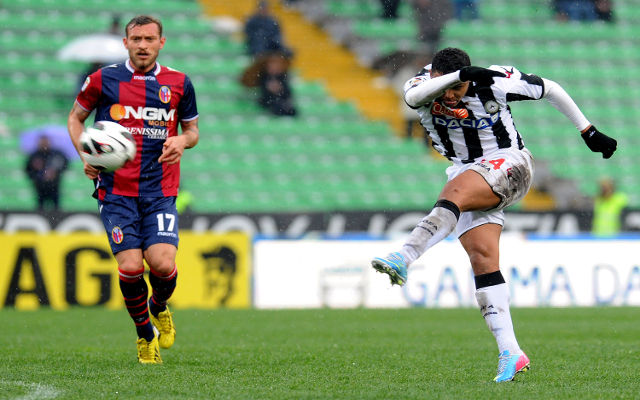 The 22 year old Colombian had an excellent season last term, scoring 11 goals in 15 Serie A starts and is considered one of the hottest young striking properties around, though clearly it would be a very big ask for the Udinese man to fill Suarez’s boots.

However Brendan Rodgers has a fair few options at present with the likes of Daniel Sturridge, Fabio Borini, Luis Alberto and Iago Aspas to call upon and the Anfield boss may feel that it’s a healthier situation to have a number of strong young alternatives that can chip in here and there as opposed to having to be so reliant on one prolific marksman, as with Luis Suarez.

Liverpool are said to be keeping tabs on Muriel who has been at Udinese since June 2010 but has spent much of his time away on loan having made temporary switches to Granada and Lecce before making a real impact with the Zebrette last term.