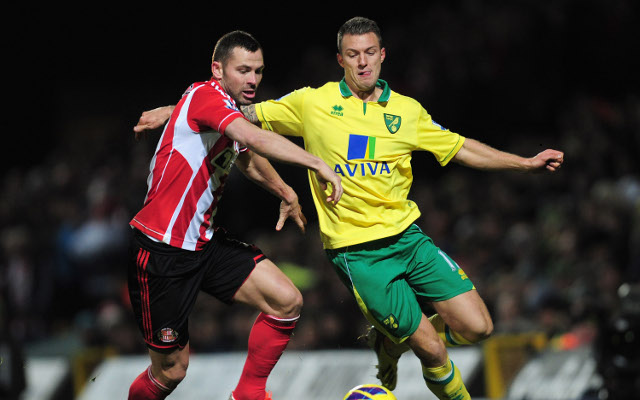 Geordies are so far the only top-flight club not to have entered into the summer transfer market.

The Magpies are so far the only club in the Premier League still to have a single acquisition in the close-season transfer window, despite Kinnear’s arrival earlier this month and head coach Alan Pardew’s constant public urgings on the matter.

And it is safe to say that the club’s fans will be far from impressed by these latest reports, especially given the fact that their bitter rivals have already told  Bardsley that he is surplus to requirements at the Stadium of Light next season.

However, either way Kinnear still wants to press ahead with plans to bring the 28-year-old Englishman to the north east next season, with the full back set to be available on the cheap as his current contract at the Black Cats expires on June 30 2014.

Bardsley has been at Sunderland for the past five-and-a-half seasons now, having originally arrived on Wearside from Manchester United in January 2008 for an initial fee of just £850,000, although that could rise to as much as £2 million depending on certain add ons.

And during that time the right back has made 167 appearances overall for Sunderland, scoring seven goals and winning the club’s Player of the Year award in 2011-12.