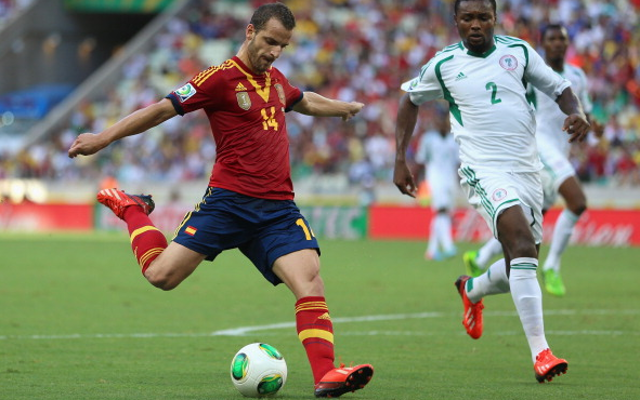 Spurs are known to be in the market for a new striker this summer after boss Andre Vilas-Boas grew increasingly frustrated at the performances of his strikers last season.

Jermain Defoe started the season in blistering form but failed to keep that going beyond the New Year while Manu Adebayor flattered to deceive during his first year on a permanent contract.

The strikepair’s lack of goals was often masked by the form of Gareth Bale but developments over the weekend suggest it is increasingly likely Bale will not be available for the coming season.

That has prompted Spurs to splash the cash on Soldado who arrives at the club with a strong reputation for scoring goals.

It is thought that Valencia were keen to hang on to the player but with the club in severe financial difficulties, they had little choice but to accept Tottenham’s offer.

Spurs will pay around £13 million up front with the rest being paid at a later date.

Soldado’s arrival may now hasten the departure of Adebayor, who has been strongly linked with a move away from the club over the last few weeks.