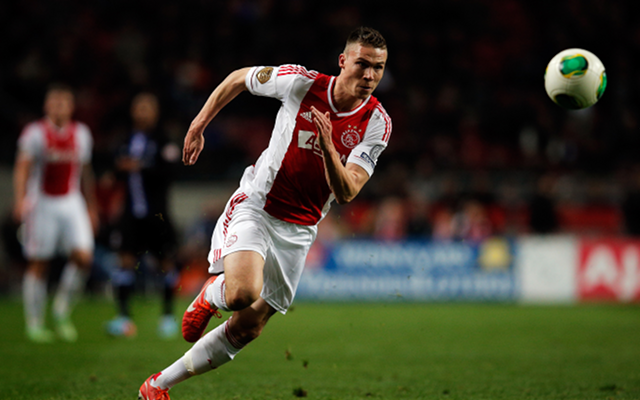 Celtic are set to sign Ajax winger Derk Boerrigter in the next 24 hours, and crucially, before the Champions League deadline , Sky Sports reports.

Reports in the 26-year-old’s home country have suggested that he will fly into Glasgow on Monday to complete a medical having already agreed personal terms with the SPL champions.

He is expected to be added to Celtic’s squad for the Champions League third qualifying round ties with Swedish side Elfsborg, provided his registration is complete by the 11pm deadline on Tuesday.

Boerrigter’s agent, Soren Lerby, has also apparently claimed that his client will put pen-to-paper on a three year deal with the Parkhead outfit.

Currently in his second spell with the Amsterdam giants, Boerrigter began his career with the club before moving on to spells with Zwolle and RKC Waalwijk, where he established himself as a solid and dependable winger in the Eredivise before returning to Ajax in 2011.

Last season saw him clock up 43 appearances across all competitions as he helped the club to yet another league title. He also managed to bag six goals in the process.

His compatriot Virgil van Dijk has already joined Celtic this summer, with the defender arriving from FC Groningen.