Chelsea appear to be stepping up efforts to land Real Madrid midfielder Sami Khedira with El Confidencial claiming that Jose Mourinho is ready to double the German’s current Bernabeu salary.

Mourinho has informed his former employers about his interest in the tough tackling 26 year old and Real Madrid have already lined up a move to bring in Sevilla youngster Geoffrey Kondogbia as a replacement for the former Stuttgart man and it should be noted that the La Liga giants have already brought in Spanish international Asier Illarramendi, a move that could already call into question Khedira’s future at the club.

Real Madrid are demanding €25m (£21m) for Khedira, who Mourinho brought in to the Spanish giants as one of his first signings in charge of the club back in the summer of 2010 and that’s a reasonable price to pay for a player of his experience and abilities. 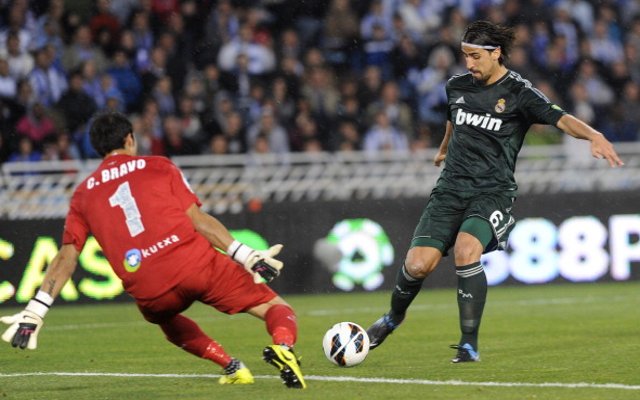 Chelsea will offer Khedira a contract worth €4.5m (£3.8m) a year after tax, which is according to this source double what the defensive midfielder currently earns at Real Madrid.

Mourinho may feel that Khedira is a better ‘enforcer’ option than current Blues first choice in this position, namely John Obi Mikel, who has been linked with a number of interested parties this summer including Galatasaray and Monaco.

Prior to his move to Spain Khedira helped his Stuttgart side to a Bundesliga title and the powerful midfielder has made 126 appearances for Real Madrid in three seasons and has 39 national team caps to his name.